Back in 2009, I was lucky enough to create a pilot for a show called Leroy Dorsalfin with Nickelodeon International.
Nickelodeon had since passed on the project, but I later teamed up with incredible Chuck Gammage to re-pitch the show to YTV, who liked the idea enough to put through their own development process with the help of our distributor E-One.
Long story short, the project was officially put to sleep last year, but I still thought it would be fun to share some artwork from the project that was developed over the last 4 years.

Here are a few location designs from the initial pilot from 2009. It turned out to be really difficult to color in BGs with such thick black lines without having them overpower the characters. Paco ended up doing a killer job on these to allow the characters to sit comfortably on them but lesson learned. 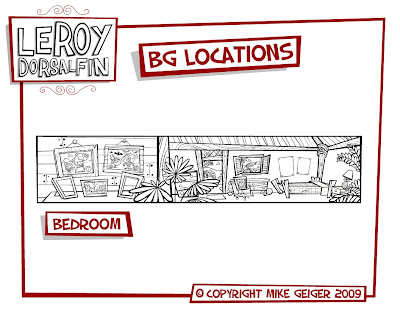 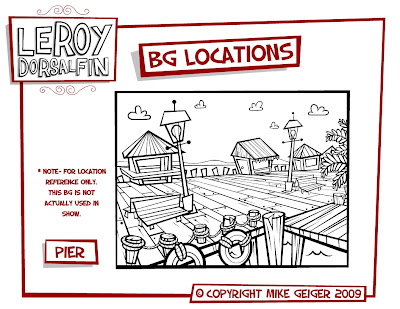 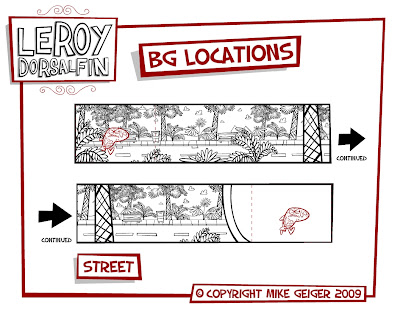 A few prop designs from the initial pilot. Since we revised the script midway through our process there are a few designs that didn't make it into the animated version. 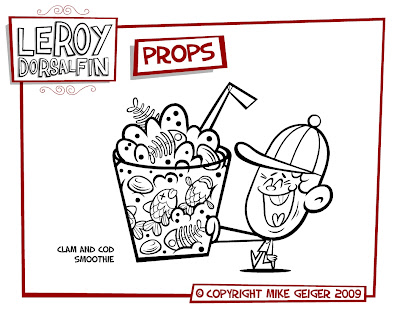 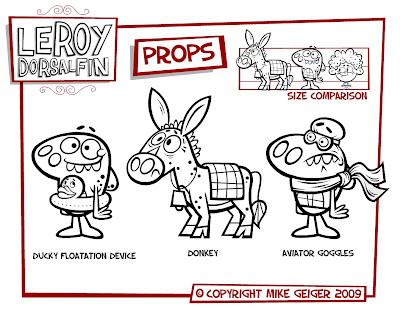 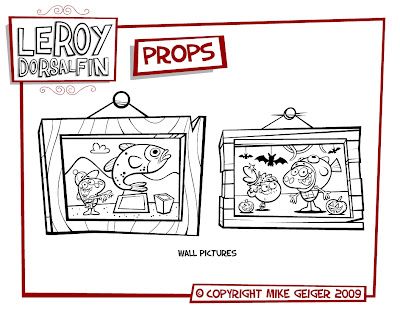 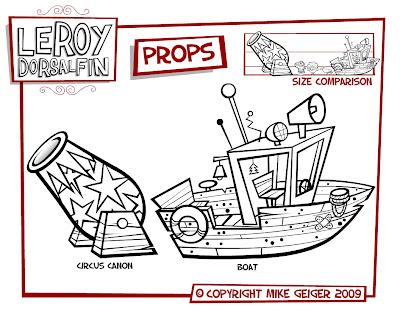 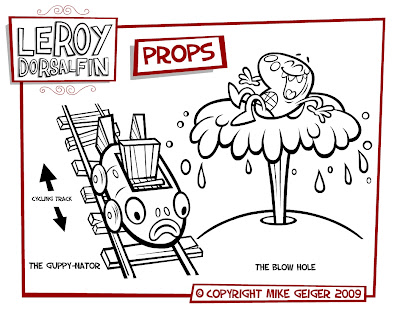 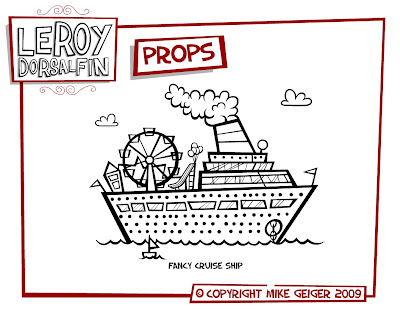 Once the project was optioned to Chuck Gammage and we started to develop it with YTV and E-One, the show began to evolve with many new characters, included my favorite of the bunch, the island's evil mayor "El Presidente" ( seen at the bottom with the green hat) . Here are a few more updated drawings from the broadcast bible. The line quality got toned down quite a bit and I felt like the designs were becoming a bit more refined as I was getting to know the characters. ( Feel free to click on the images for larger versions) 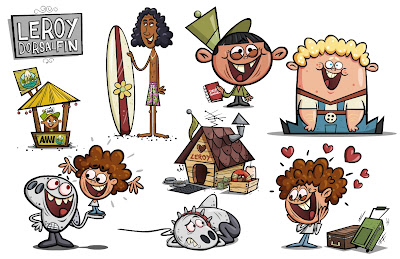 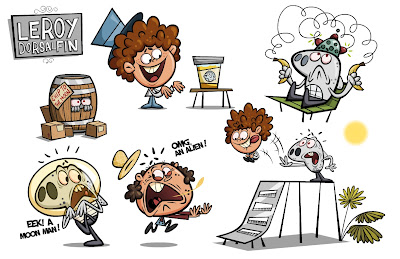 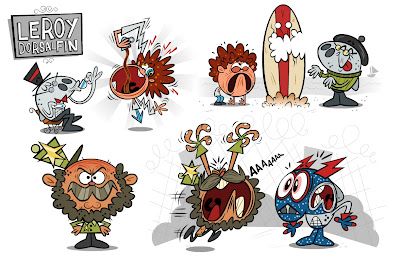 And finally here is the cover of our bible with the latest versions of our two main characters. 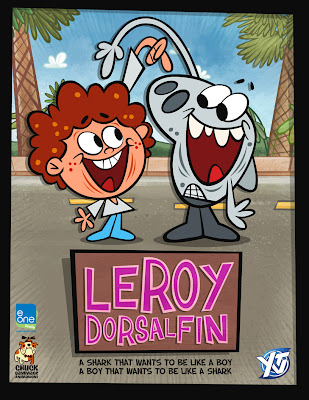